“Heavy in Construction Since 1920” 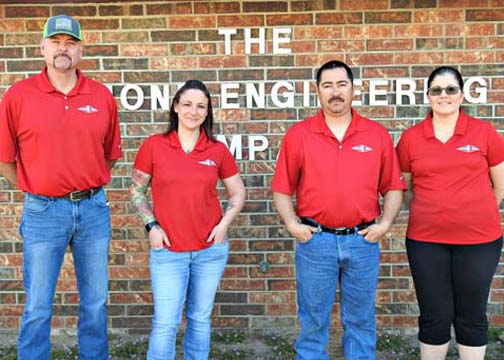 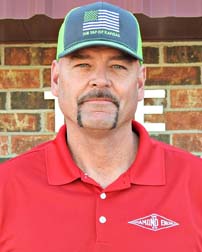 Chad joined Diamond Engineering in 1996 as a general laborer and has assumed increasing levels of responsibility culminating in full operational responsibility for the Wichita division in 2014. Born in Grand Junction, CO, he graduated from high school in Cortez, CO and attended Dixie College in St. George, UT on a baseball scholarship. After college and prior to starting with Diamond, Chad worked in the oil patch, did construction work with Nielsen in Colorado, became a foreman with Harshaw Chemical in Salt Lake, performed construction engineering for MidStates Consultants in Pagosa Springs, CO, and became a plow foreman based in North Dakota overseeing projects in multiple states. He attributes his success to knowing all aspects of underground, buried, and aerial fiber optics and hands-on mentoring with his crews. Chad has three children and enjoys golfing in the summer and coaching his son, Tyler, in baseball and hockey. Having built a new welding shop, he also engages in various welding projects. With wife DeAnn, Chad travels extensively to various hockey venues and wants to eventually visit Redwoods State Park in California. Chad also enjoys fishing and skeet shooting.

Doug is our chief accounting and finance guru and has served in this capacity for well over twenty years. Prior to joining Diamond Engineering, he earned his bachelor’s degree in business with emphasis in accounting from Hastings College. Upon graduation, Doug worked as an auditor for the Internal Revenue Service providing an excellent foundation for his extensive financial skills. Originally from Grand Island, he and his wife, Terri, have two grown daughters. Family travel is high on their list and the Sass family enjoys destinations like Disney World and cruising, especially to Alaska and the Caribbean. In his spare time, Doug heads to the shooting range as a stress reliever and also enjoys fishing and woodworking when time permits. 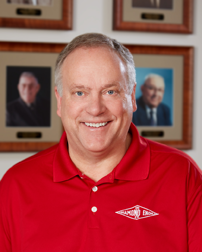 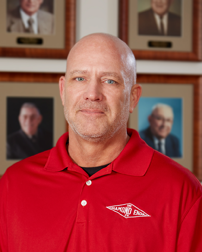 Kent is a senior member of the management team having been with Diamond Engineering for over twenty years. Born and raised in Grand Island, Kent earned a football scholarship and attended the University of Nebraska-Omaha, subsequently transferring to the University of Nebraska-Lincoln where he graduated with a Bachelor of Engineering degree in Machine Design and Control. He believes that while college experience can open doors to new learning opportunities, work experience can be just as valuable. He appreciates good listening skills and that everyone can offer knowledge that can be readily transferred and absorbed. After college, Kent began working with Diamond as a project engineer overseeing field crews, which contributes to his estimating skills involving common-sense and quantifying completion timelines. In his spare time, you will find Kent at the gym working out, at Lake Sherman doing boating and jet skiing, enjoying traveling to Idaho or Colorado with his dirt bike, or working on cars.

Matt was born and raised in Grand Island and started with Diamond Engineering as an intern in 2008, going full time in 2010 after college graduation. Matt is a graduate of the University of Nebraska–Lincoln and an avid Huskers fan. He started his college studies in civil engineering which evolved into a Bachelor’s degree in construction management with a minor in business administration. Matt’s prior experience in project management with Diamond gives him a unique operational perspective in his current role as estimator. He also participates with the Association of General Contractors as a company representative. Matt grew up in a golfing family and thoroughly enjoys the sport in his spare time. With an 8-9 handicap, he also enjoys traveling for golfing vacations in the southwest and looks forward to some future international travel destinations such as Greece and Germany. 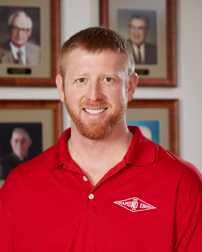 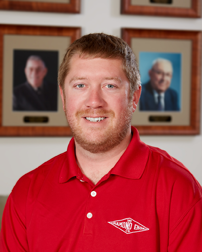 Like many of his co-workers, Tom is a Grand Island native having graduated from Grand Island Senior High. He enrolled at the University of Nebraska–Omaha and earned his Bachelor’s degree in construction management with a minor in business administration. During college, Tom spent two seasons as an intern for Diamond Engineering and then joined the company as a project manager in 2013 after graduation. He attributes his success in project management to knowing the required skill sets and providing motivation and direction for field crews along with getting the right materials, equipment, and people at the right time on the job site. In his spare time, Tom enjoys golfing and snowboarding, especially in Copper Mountain, CO with his wife, Rikki. A football fan, he also engages in Fantasy Football and follows the Huskers during the season.

Ben grew up in Ruskin, NE and began his construction career with Werner Construction in Hastings after high school graduation. After moving to Oregon, he earned a Bachelor of Science degree in General Studies from Southern Oregon University in Ashland. Ben was drafted by the US Army and later joined the National Guard and Army Reserves completing thirty years of service. After returning to Grand Island, he rose through the engineering ranks at the City of Grand Island ultimately becoming Assistant City Engineer handling various construction projects and then Superintendent of Engineering overseeing operations at the wastewater plant. Along the way, Ben earned his Master’s Degree in Public Administration from the University of Nebraska-Omaha. He has been a Project Manager with Diamond for twelve years and now oversees the Copper Creek project. He believes that attention to detail, understanding the needs of all project stakeholders, and building trust are key elements of good project management. Ben has two adult children and spends time in his shop during his spare time. 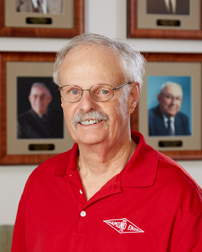 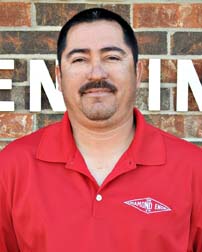 Originally from Tamaulipas, Mexico, Roberto moved with his parents to Houston, TX when he was a teenager.  With prior experience in farming, he was introduced to the construction industry at an early age and joined Diamond Engineering in 1997 doing general labor.  Roberto rose to the level of foreman running aerial crews and ultimately to the position of Project Manager with oversight of various underground, boring, and aerial jobs.  He believes that working both smart and hard has opened up opportunities at the company and instills that work ethic in his crews.  With wife, Norma, and three children, Roberto enjoys family get-togethers and grilling in the back yard with friends and family.  Although he supports the Dallas Cowboys, his sport of choice is soccer, and has coached various soccer teams.  Other than an occasional trip to Houston, where he and Norma like to visit the flea markets, he would like to take an Amtrak rail trip to California via the Colorado Rockies to take in the beautiful scenery.